The Liberty Quilt is Finished! 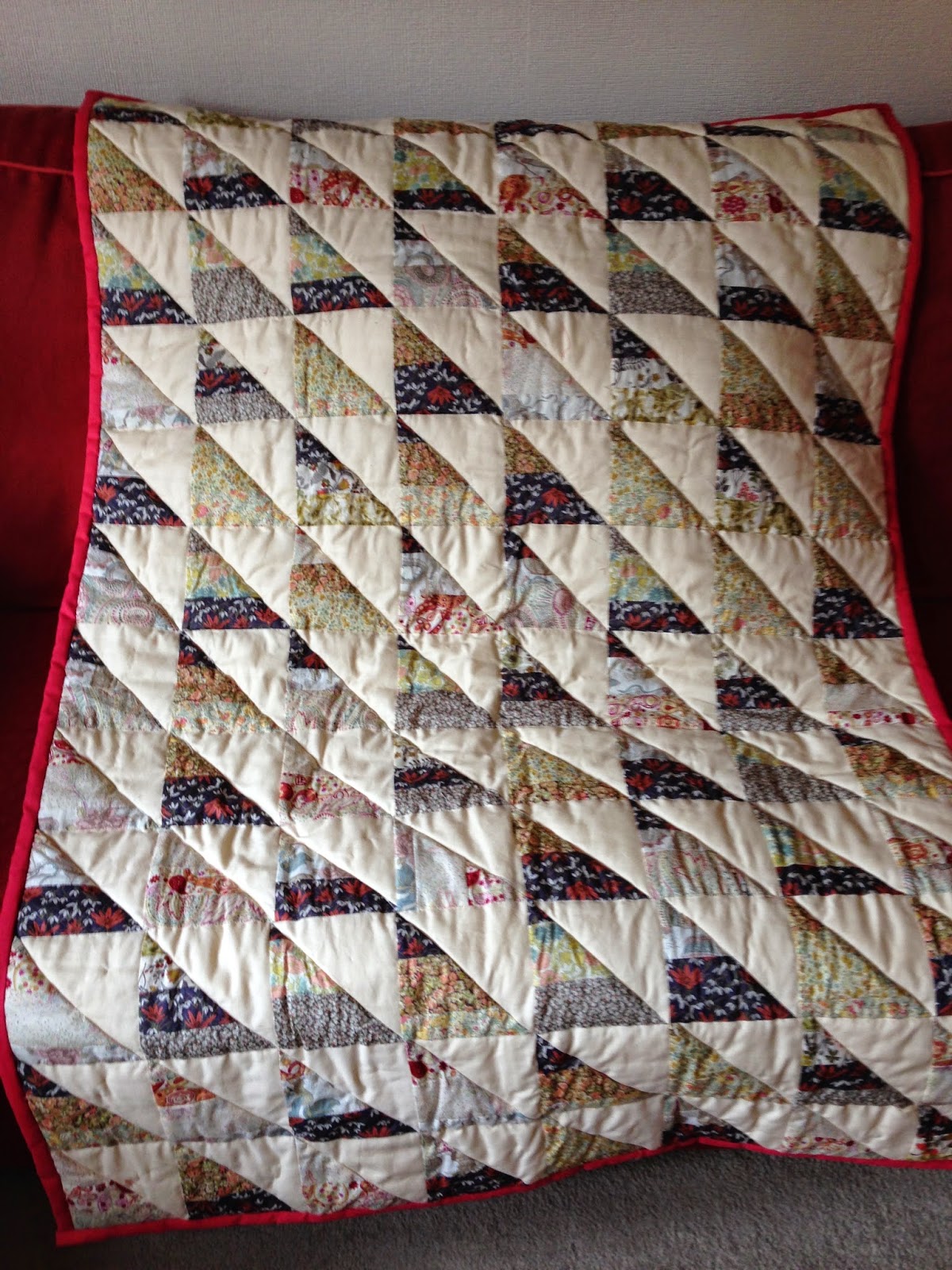 I finished this quilt last night.  It has taken me over two years to do it and I am probably OCD, but I am now pleased with it.
This quilt started out as a Liberty jelly roll.  I fell in love with a quilt in the shop and thought I might be able to reproduce it, although in a different colour way.  That didn't work.  My first attempt at stitching the strips of fabric together revealed that the fabric was not straight.  All had to be unpicked and trimmed again.
My second attempt was also a disaster.  The colours just didn't work.  Which ever way I tried to piece the strips, they seemed discordant.  However I persevered and put wading and backing on and tried to machine stitch it.  The machine pushed and pulled the fabric and I had to unpick it again.
Finally, I had the idea (inspired by something on Pin It) to do a modern version of a log cabin quilt.  I have always loved them, with the dark corners and the light of the fire on each square.  I cut narrow strips of varying widths, two to three inches, and joined them together. I cut them into squares and then triangles, using plain cream Kona cotton for the light halves.
My machine was reluctant to take so much fabric, so I made the quilt in two long halves.  I machine quilted the slant of each square and then  joined the two halves and put another backing on the quilt which I hand quilted using large stitches.
I'm quite pleased with the modern backing. I think it compliments the quilt and also brings it into the 21st century.  My inspiration came from a book called 'Quilt Me' by Jane Brocket which has become my favourite bed time reading.
It was hard to find a good colour to use for the binding, but I found  a rust coloured cotton to bring out the colours in the small strips and overall I am pleased with the effect.
My next quilt has got to be easier. 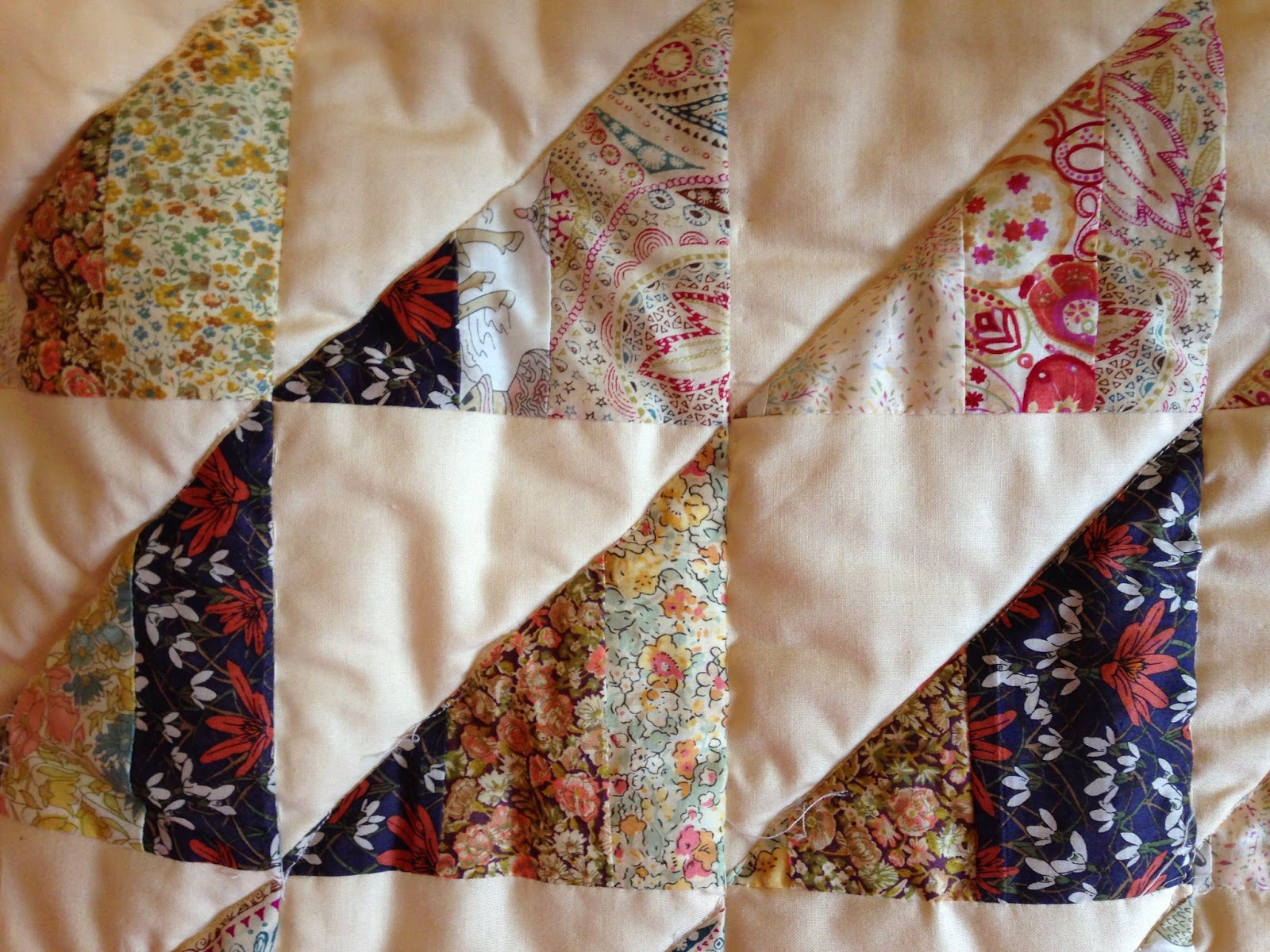 Annabellouise
Annabellouise is older than she cares to admit, is married and has two grown up children. She lives in London. She loves fabrics and has them stashed under the beds, in cupboards, in the attic and generally spilling out around the house, waiting to be made into something wonderful.